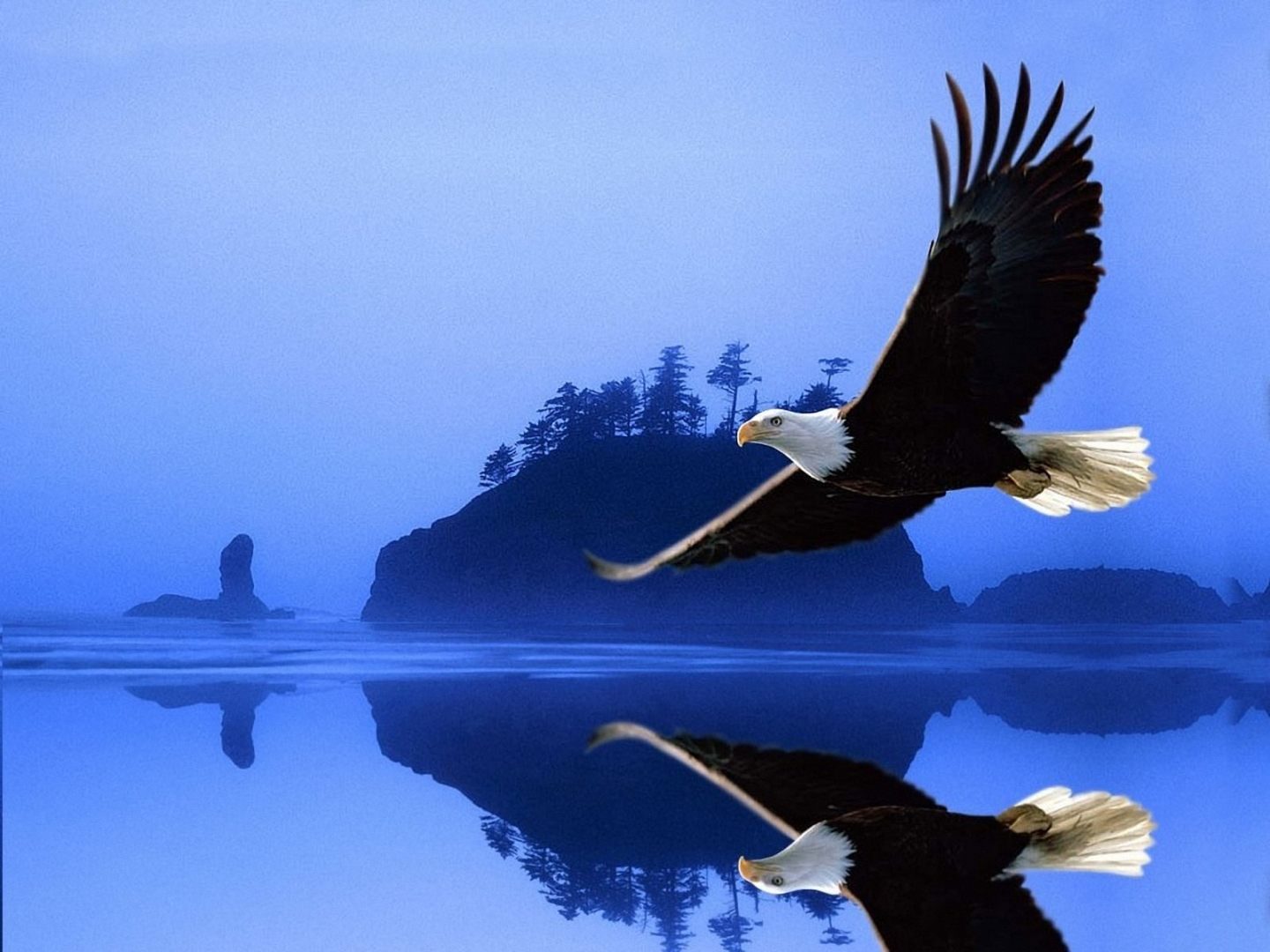 The Eagle Vision is peripheral

It is time to serve the most sacred and divine; it’s time to rise and find what elevates us and makes us prosperous.

Have patience, everything is in place, have hope and peace. Do not despair.

Order is being put in your lives now, and there is great acceleration in profound changes.

In these days many new and renewed energies are being anchored.

It has all being planned and the plan is being carried out to perfection.

The new order of archetypes upon which the new humanity is to abide by is being restored.

A new harem of neutral possibilities will open before you, and you will see the light of the sun and of the lights.

Seven lights, each veil of the seven veils that are going to be torn within this year 2016. Once the veil is torn, this is a light that lights up to never be turned off. Every light that gets turned on is an achievement and a beacon, and the light that guides never gets lost.

The veil of resentment through Mercy and forgiveness.

The veil of fear and control, children of the doubt, insecurity and devaluation through action and courage.

The veil of doubt with Faith and certainty.

The veil of guilt through empowerment with Love.

The veil of reincarnation, by diving with awareness and consciousness

The veil of ignorance and human stupidity,  Wisdom

The veil of sadness that overshadows our soul and being, Joy 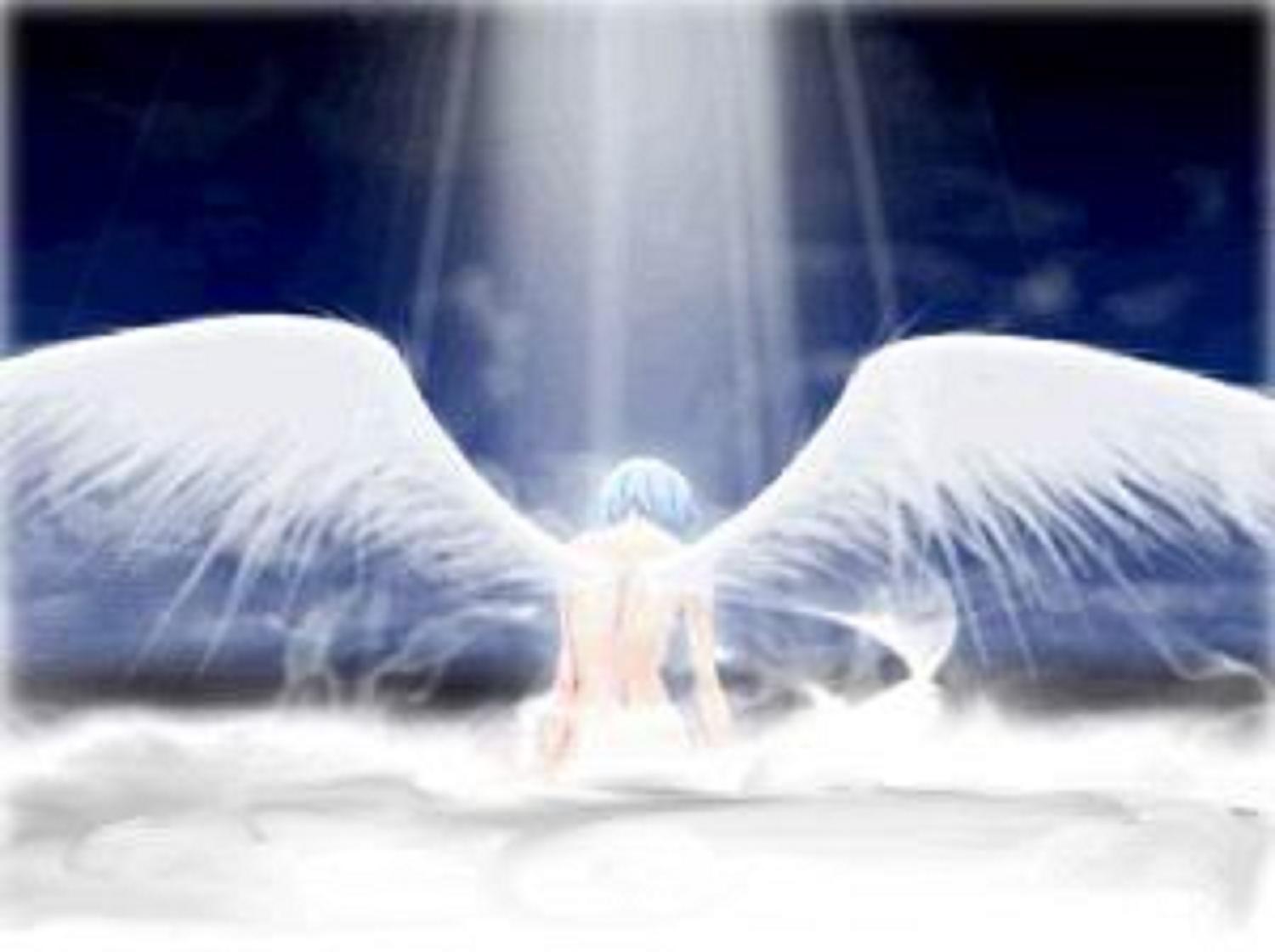 Now is the time for all these timelines that have opened up with this frequency to be aligned. And that takes time. Now is the time to be reborn on to new states, new frequencies. Everything opens up and expands.

The galactic activations are not made only from above, but also from below, from inside Mother Earth from her centre. From within a series of Earth movements that produce a series of perceptible shocks, and generate certain expansions and waves inside of her, are activated.  These alter the frequency of the terrestrial pace, the rate of rotation and translation even though it is hardly noticeable.

All this makes able to feel these activations, changes and waves within us, making changes in our energy flow that leads us to free ourselves however subtle they may be.

The portals. When this occurs we are reminded that changing is the only thing we have left to do; continuous renewal and change, and that nothing remains nor is eternal. 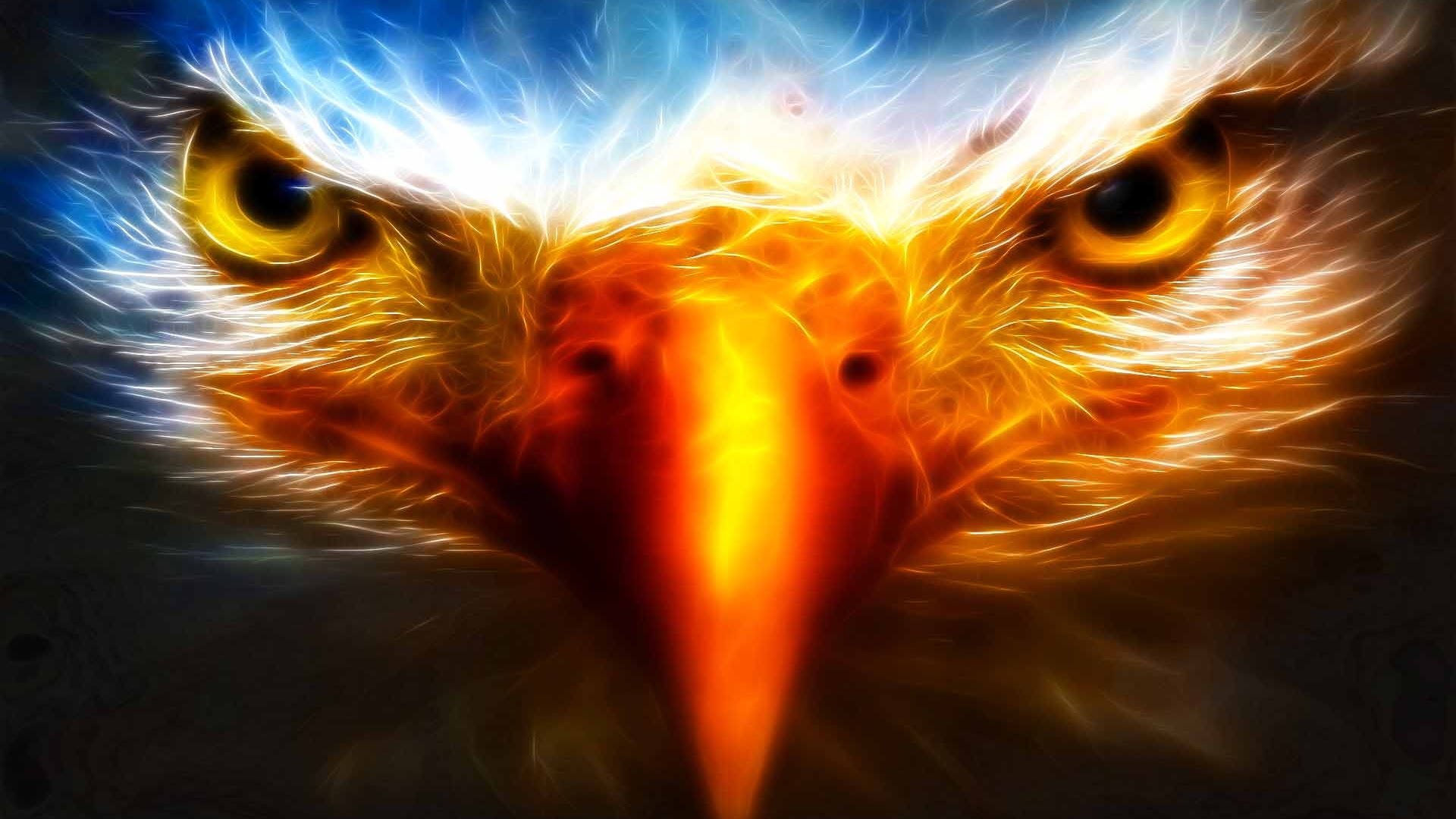 The surges of Mother Earth are intensifying at much higher levels, and that is shaking all the information activated on her.

These waves open our consciousness, our perception; they open and renew us.

The days are numbered, the times decreed, the crosses synchronized.

It is a support of the days, of the times, the train of the new life; the new wind and encouragement that brings the expected new news.

The countdown begins, these are impressive and important moments; we are at the gates of the profound changes.

And I can see the planet full of luminous spheres that absorb energies in order to drain them and clean them. I can see now the planet inside a crystal bubble with a light that is very bright and inspiring. This light makes us greater and exalts us. I see its shine acting in me and in everyone.

I know we are not alone, I know we are accompanied, I know that all is well and I see the days filled with light.

And from her womb the eagles will be departing. They will be flying over the Earth in order to watch with lucidity and clarity. And these eagles are the original 144,000 souls that at this very crucial moments we are living now are lining up, as they have been called to access the information codices, bringing them down to Earth by integrating them within their being. 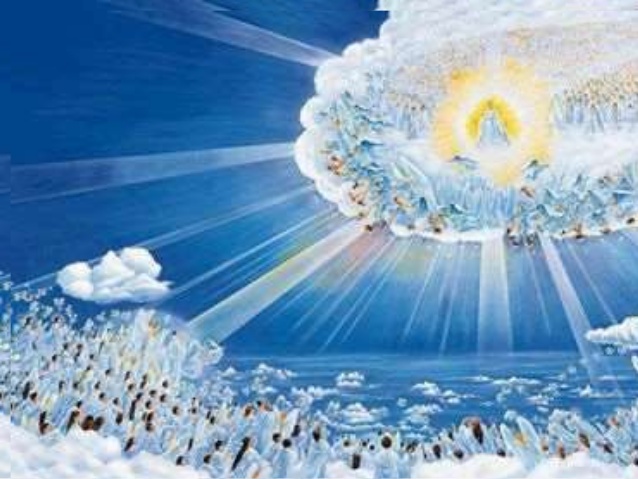 The codices are to be opened one by one, and many of them have opened and integrated them already fully into their being and consciousness, thus giving way to the opening of the  points and crossings  of the energy net of planet Earth which is unfolding.

The 144.000 eagles, are already prepared. On 02/22/2016 they took flight with their souls, minds and energies, displaying each one of them all their acquired potential. Each one of them has a mission, a very specific task. 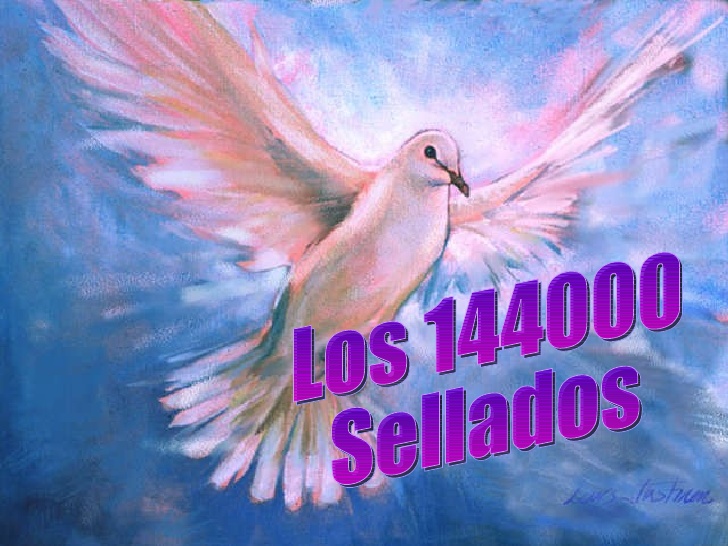 This energy will start to introduce itself very powerfully on the planet from the spring equinox, giving way to the reincarnation of the avatars in body and soul; which means that some may be able to anchor here their energy configuration of avatar, nagual …, giving way to higher synchronicities and incarnations of unified love, in order to continue opening and anchoring the new emerging Earth.

The summer solstice will give a big boost to the 144.000 eagles or original souls, joining them on that day energetically and profoundly. And at the same time uniting them with the 12 circles which in turn and also on that day will remain energetically joined. Each of those circles is a shiny and sacred place upon Planet Earth. And the 12 circles here on Earth will remain connected. These in turn will be connected with a thousand groups of 12 circles formed in different parts of the cosmos and the universe. One of them is located in the star Sirius, another one in the Pleiades … .. 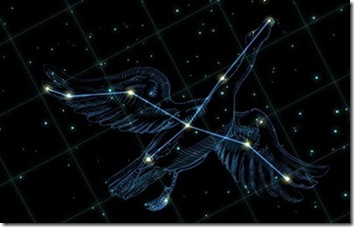 12,000 x 12 = 144,000 portals will remain open and interconnected with one another. Can you imagine what itnis going to entail? I do, because I have seen it, envisioned it and felt it.

In mid-August this process will be completed, and in the month of September the 144,000 will spread their wings in full. And that will make this a great planet. Unifying it into new coordinates and borders.

The energy decibels that are being anchored by the 144,000 in their light bodies are turning them into cities of light  within themselves, and their light keeps expanding.

You are you crossing the red line, which is the closed line that divides two worlds, two-dimensions, spheres … it is a slim and thin line that corresponds to the 7 veils that have to be torn in this year 2016 «.

You are going through obscurities, through challenges in order to find within the root, the white path which is being traced free from any ties and sorrows. The pain dissipates, mercy has arrived, and with it the grace of forgiveness and justice.

You are anchoring parts of you, subtle bodies and memories of higher dimensions from the beginning of times, what is most paramount.

The cycles are closing, the gates are opening up.

The eagles from the north, south, east and west take flight and meet up, thus uniting the sacred circles at the epicenter. 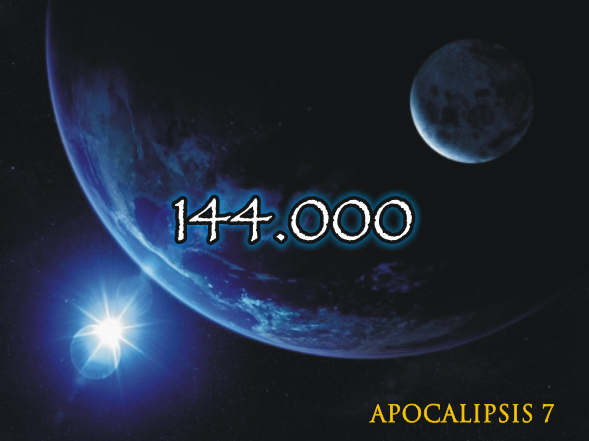 In the year 2008 the Divine Mother came to see me at home in my room, and told me very lovingly that I had been Jacinta Marto, the Shepherdess at Fatima.

She asked me to make it public in a channelling which I published in 2013. Believe me that  I asked her not  to do that to me; I  did not want to do it and expose myself publicly n that way, but she insisted that it was necessary and there was an ulterior purpose in doing that, and that later on I would understand why. I did it  just as he asked me to.

I will soon publish a book and in it, I will narrate my personal story and how I went into the memories of Jacinta Marto during a few years in order to understand …

Basically by following this path I am being taught what forgiveness, humility and dedication to a service and to my mission, mean.

Mother Mary, the Divine Presence, requested it to me in 2012, she reminded me what was the mission I had committed myself to before incarnating, and the time to leave everything and depart in order to carry out my mission had arrived; and I did just that. I left Spain on the 17th of September 2013 and moved to Fatima where I am developing my work and mission.

She asked me to create and found in Fatima, a space, a place of healing and transformation, both physically and at soul level, in  service of humanity. And I am devoting my days to it with great dedication and service.

It will not only be space where many will be able to go in order to heal and transform themselves.

I have been serving for three years  as an instrument and a key for much higher energies to be  anchored at a physical level in that place; anchoring what is usually called heaven on earth. This has been a work done in silence every day with Mother Mary, Master Jesus, and higher beings of light who are constantly committed to it tirelessly in order for all of this to be possible. From this place, light, information, and consciousness radiate to the planet. It is something powerful, far reaching; a place where   just by being present there will be healing and spontaneous transformations of great depth on people, which have so far not been possible to attain in this dimension. It will be a place that will allow people to connect directly to the source whilst shedding the old clothes.

I have created a non-profit association, and much good will from many is needed with the contribution of donations, for this project to see the light and to be anchored on the physical level.

The account number for donations is on my blog at the end of each channelling.

I embrace you all in love and light.

Permission to copy, distribute, display and perform the work under the following conditions: They must give credit to the author, it can not be used for commercial purposes, and this work cannot be altered, transformed or modified. For any reuse or distribution the license terms of this work must be made clear to others. For any other purpose authorization from the author must be granted.

When someone channels or carries out writings inspired by the channelled work of another author the source of inspiration and the author must be stated. In acting like this one remains impeccable, otherwise we are only taking possession of something  does not belong to us and this violates laws and there is not transparency.

Let us be aware and honor the work of others.

GIVING IS RECEIVING – DONATING  IS HEALING

WE ARE GOING TO ACHIEVE IT AMONGTS ALL OF US

Heartfelt thanks for your valuable contribution.

If you want to collaborate with donations to the non-profit project «Heart Fatima» You can make your contribution to:

PAYPAL (donations through paypal no cost to the donor)

2.- If you do not have an account open it (no charge) and associate your account number (total safety)

3 – Enter to “send money” and put this e-mail address: donacorazonenfatima@outlook.es

You can also make your donations as follows: